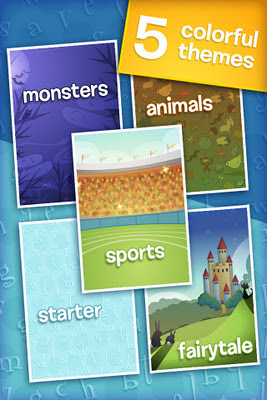 What you get:Improved vocabulary and a better Starter theme!

(You can stop here, or read on if you want a peek under the hood and a party invite...)

When we first came up with the idea for Shake-a-Phrase, we thought the content would be relatively cheap - we were wrong.We started with an open source dictionary but the definitions were lousy and not age appropriate so we ended up rewriting all of them.With each update and testing, we take a good hard look at the overall quality of the phrases generated, along with user feedback, and make improvements where we can.If someone is offended by a phrase due to a word in the mix like "drunk" (adj) - we take note and edit the dictionary for the next update.We've been adding words, tweaking definitions, and deleting words to keep the fun, random silly stuff, but minimize the completely nonsensical phrases so you get a higher percentage of quality phrases.

Since Shake was released, we've been going theme-by-theme to tighten up, and make each theme as strong as it can be.We updated Monsters for Halloween, and Fairytales for Thanksgiving.The Sports theme was a big effort because many of the words in our dictionary take on a different meaning in the context of sports - so we gave Sports a separate dictionary.

For this update, we overhauled the Starter theme.It's been long overdue - the Starter theme has been a bit like the wild west with lots of object nouns in the mix.So we reclassified some words to make them location nouns ("on the bike", instead of "with the bike"), deleted some words, and we added a whole bunch of new people nouns for more human interaction.

It's not the kind of thing where you can easily point to any one thing and say "that changed" - but rather an overall sense that things are just better.That's quality.

And tomorrow, you can download Shake-a-Phrase for just .99 (50% off) for the Appy Holidays Party.We'll be there with Benny and our Alien Buddies hanging out under the mistletoe, giving away promo codes and getting into the punch.

Stop by for great app deals and giveaways from lots of fantastic developers: