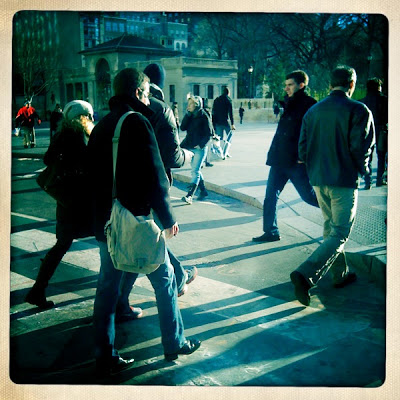 No doubt 2010 was the year of the app and with the tablet market exploding, 2011 promises more of the same.

My iPhone 3G is easily my favorite machine by a long stretch but me and my iPad  have endured a rocky period since the honeymoon phase of our relationship hit the fade.

But I'm happy to report a recent breakthrough has me feeling all warm and fuzzy again. It turns out I was carrying expectations from a previous relationship and putting unreasonable demands on my device, instead of starting with a clean slate. So, as part of my renewed commitment to my sleek, sexy tablet, I've been spending more time in apps because that is after all, what makes the iPad special.

So what apps am I packing and how do I rate them?I'll pick five from my collection that go beyond the standards:

And some others worth mention:

The new CNN app is gorgeous, Atomic Lite browser is better than Safari, Speak it! is a text-to-speech app I purchased by accident but it actually does a pretty good job of reading - and, you can do it with a British accent, Grimm’s Rumpelstiltskin - 3D Interactive Pop-up Book is awesome, Kids Jokes for $1.99 is a total rip-off.

And stay tuned - we've got some apps of our own in the works for release in early 2011. That's right - Artgig makes apps.