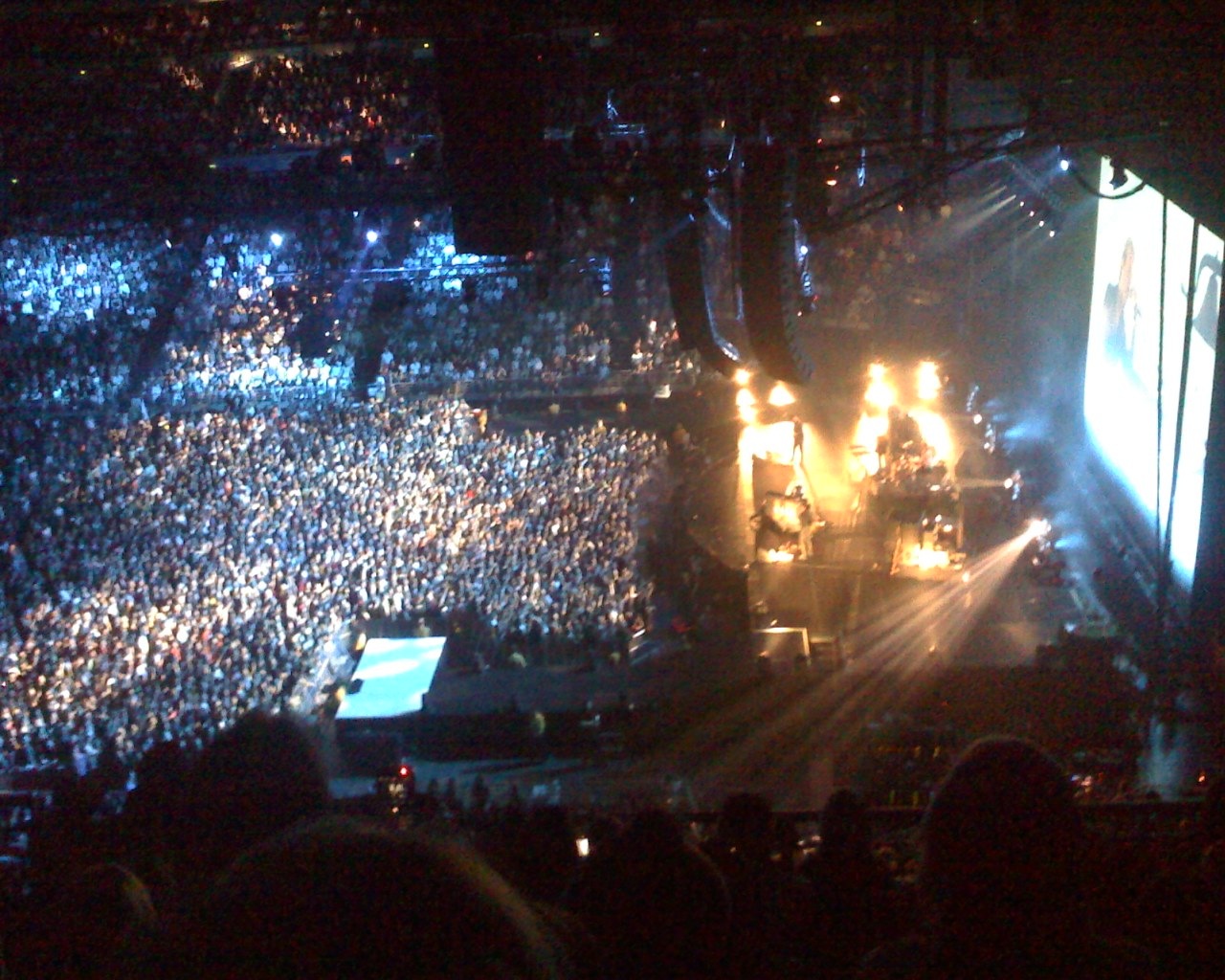 Our Australian correspondent, Lis, saw Coldplay in Sydney over the weekend.

Here's what she had to say:

It was awesome - Chris Martin has a very genuine, almost childish enthusiasm - very contagious. I wouldn't say their show was the cutting edge of live performance (lots of lights, some confetti, a bunch of balloons - the usual) but he certainly has a way of involving everyone - as if you were personally invited. There's only 4 of them - they don't even really fill up a stage. And Coldplay is Coldplay - great tunes, excellent performances, and uniquely Coldplay. So it was great.

The warm up bands were no-one - one group from Sydney, I think, and one from the Catskills (they were actually boasting about being from the Catskills - I guess they figured everyone would think it was some kind of major music destination). Bu neither of them had a vocalist - weird. They ended up sounding like each other. Most of the audience didn't show until Coldplay was announced.