If You Love Your Educational App Set It Free 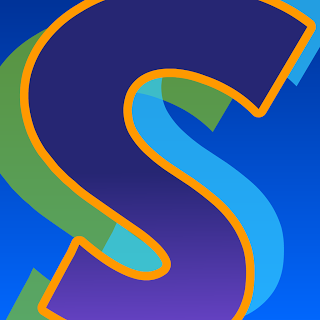 You may have heard the argument against app promotions and giveaways that is centered on the notion that price reductions only contribute to a race to the bottom in the App Store.

You may have also heard that short term app price reductions do not help overall app sales.

Well, I'm here to tell you that you can't afford not to consider price promotions as a weapon in your educational app marketing arsenal.

On August 23rd we set our Shake-a-Phrase educational app to free (normally $1.99) as part of a weekly App Friday promotion and we extended the giveaway through Saturday to make sure everyone had a chance to download it.

Shake-a-Phrase was the first educational iOS app  we produced under our Artgig Apps label over two years ago (that makes Shake like 60 in human years). The app was selected early on by Apple as a featured Writing app and remains forever featured as a result. The app has always been popular with educators and SLP's and we see a good amount of volume educational purchases, but it's far from a sexy chart topper. Of all our apps, Shake seemed like the best candidate for a visibility boost in the App Store feeding frenzy of the Back to School season.App Promotion Results:

We saw nearly 21,500 downloads over Friday and Saturday with 15,000+ downloads on App Friday.We were fortunate that Shake was featured by App Advice for the Apps Gone Free daily listing which always translates to an instant download boost. Additionally, Shake-a-Phrase was a Top 10 Free Education app for a short while early Saturday morning (luckily my 3 year old woke me up at 4:30am so I was able to snap this picture to prove it):

We also got a couple of new iTunes reviews and a nice new blog review here by the highly regarded @rmbyrne which set off a flurry of Twitter RT's to complement the stellar social media support we received throughout the giveaway. You cannot underestimate the importance of mentions like this.

In all, it was generally a terrific promotion for an educational app that is admittedly a bit long in the tooth.As I type, the app is #72 in Paid Education when it normally slinks along the bottom of the Top 300 (and I didn't have to wake up at 4:30 in the morning to snap this): 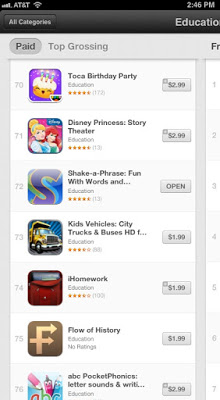 So, it's hard to argue about the success of the promotion. We dusted off an old app that is pretty popular in schools and got some fresh eyes on it - and that was the goal.For kicks, I dug up our original Shake-a-Phrase App Friday promotion from exactly two years ago today. 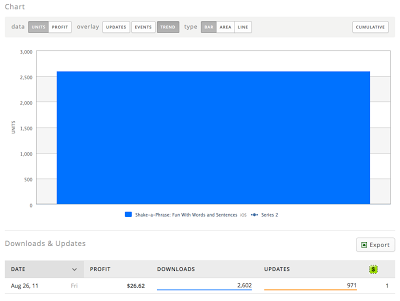 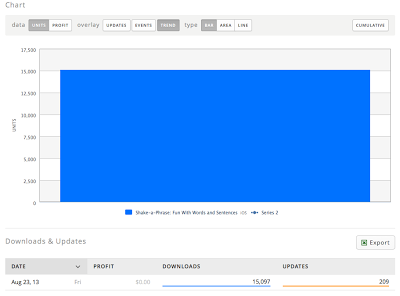 This Friday we had 15, 097 downloads.What a difference a couple of years makes.