Episode 4 - Developer Diary: Locked Up For The Holidays 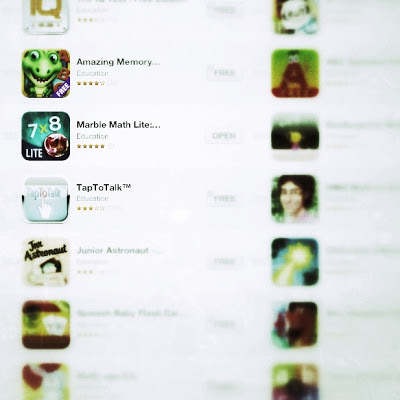 If you’ve been following our Developer Diary, you know tomorrow signals a changing of the guard in the App Store - every Thursday the App Store features get a scrubbing and the stale apps get rotated to the back of the shelf to make way for the New and Noteworthy big dogs.

When we launched Marble Math Lite: Multiplication, a couple of weeks ago, I assumed the established success of our two paid Marble Math apps and the news of a new free app would land Marble Math Multiply on the Top 300 Free Education Charts.

The plot to launch a free app was designed to take purchase price out of the equation and throw open the doors to parents and educators who really want to try before they buy - and what better way to get their attention than with a shiny new app?

You can always make your app free, but your app can only be new once.

Apple used to give each new app a few minutes of fame at the top of the lists when viewing by release date but with Marble Math Multiplication we suddenly realized that there is no list to view by release date anymore - it’s been eliminated from the iPad (I don’t even bother searching on my iPhone - do you?)

But don’t think for a second that being new doesn’t matter - it’s still your best time to share your excitement with others and entice app reviewers, bloggers, educators and parents to commit their impressions to writing and/or video for all of the world to see.

Marble Math Multiplication may be the first app we’ve launched as a free download straight out of the gate, but we’ve run free promos before and we know it takes a lot more downloads to crack the charts when you’re free - roughly 10 to 1.

And it’s hard to see quite how those 200 trigger happy users will find you if you’re choking on dirt, buried below the App Store fold at #301 with over 70,000 other helpless apps.

Apple doesn’t hand out floodlights and mining gear at the front door.

But we had a breakthrough Monday.

A sliver of light.

Marble Math Multiplication finally popped up and made an appearance on the Top 300 Free Charts and it’s been hanging around doing little jailhouse chin-ups above and below the fold, ever since.

It’s not much, but it’s a little bit of hope.

And when you’re locked up in the App Store, sometimes hope is all ya got.