The Jekyll and Hyde of App Review - Part III 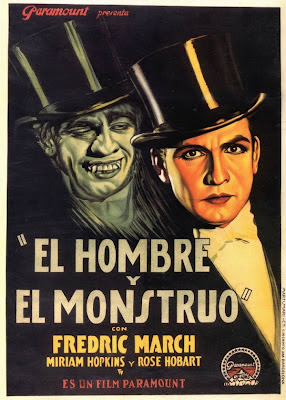 I wake to this headline "Strong Earthquake Strikes Off the Coast of Mexico."

Steve is in Mexico - and pretty close to the earthquake, according to the map I'm looking at.

I scan the news for details...it appears the quake was unsettling, but fortunately not a catastrophic event, and there are no reports of injuries - or worse.

I send Steve a message to make sure he is okay.

And, despite my sharp instinct to barricade myself in the safety of my home, I go to work.

On the ride, I try to focus on the things I may actually be able to control.

I last spoke with Steve overnight and we discussed our options for fixing and resubmitting Word Cracker.

We both agreed that rebuilding the app from an Xcode snapshot of a previous state, effectively, reverting to the previous build, was too risky without intensive testing to be certain the snapshot didn't introduce a new, and possibly even more disastrous bug.

And in the time it would take to thoroughly test the app, Steve would be back from his vacation.

That's when Steve pulled a rabbit from his sombrero.

He had an idea that I could possibly modify the supporting .plist files from the previously accepted build to match the newly created iTunes version.

By the time I arrive at work, hope is surging through my veins.

I'm determined to fix this Word Cracker and I'm gonna do it for Steve.

I open up the previous Word Cracker app bundle, locate the .plist files that had the version numbers, and edit them to the new version.

I save the files and upload the app bundle to iTunes.

The upload progress bar appears on screen, and in that instant I can practically feel the warm hand poised over my back - ready to give me a good pat, and I allow myself to think "well, that was easy."

Only, It doesn't work.

An abrupt error message taunts me, underlining the failed effort.

I'm officially out of ideas.

I check my email - no word from Steve.

But I do see an email from eoz games - a message was waiting in the App Resolution Center.

I shift gears, back to Roman Backgammon.

When I opened up the App Resolution Center in iTunes Connect, nearly 24 hours had passed since I responded to the original Roman Backgammon Rejection notice.

The Roman Backgammon app status is still red - not a good sign.

Quite a bit of effort goes into planning an app launch, and surprise delays can be costly.

We've consistently found it takes seven days from App Review submission to get to the store, so our launch marketing efforts are coordinated with that timeline in mind.

We like to aim for a mid-week launch and we always schedule a press release along with more specific grass roots marketing efforts and social media support, on launch day.

The cost of an app review delay is hard to quantify, but I can tell you from a marketing and project management perspective, it ain't cheap.

Each little app has a small window at initial launch where they are in the best position to get noticed because they are "new," and our marketing efforts are concentrated on maximizing the potential of the natural attraction to all things shiny and new.

Everyone loves that new app smell.

Apple's response in the Resolution Center is hopeful but frustrating.

They just want to clarify that the app is only using Game Center Multiplayer features, and not Leaderboards or Achievements - and they look forward to our response.

Well, I certainly don't want to keep them waiting, so I respond immediately, "Yes, that is correct."

Now it's my turn again to eagerly anticipate Apple's reply and resolution of the issue.

Here I am still stranded, my chief developer is still missing in the wake of a Mexican earthquake, Word Cracker is still crashing, and Roman Backgammon is still in App Store limbo.

Did I mention Friday is probably the worst day to launch an app because the marketing and press momentum quickly dissipates over the weekend?

Needless to say, I'm happy to hear from him.

But another 24 hours will pass before I hear from Apple again...

I wait for my daily Resolution Center communication.

And it arrives right on time, promptly at 11am.

Of course Roman Backgammon gets the green light and the app re-enters review, and is approved shortly after.

Roman Backgammon appears in the App Store at 12:40 PM on Friday, April 13th.

You can't make this stuff up.

I huddle with eoz games and they decide to hold their press release until Monday morning.

I arrive at the office Monday morning to find my old friend Steve already there.

And Word Cracker is already fixed.

And the update is already submitted to Apple, along with a special request for an Expedited Review.

The request is granted that same morning and Word Cracker update v.1.02 lands in the App Store later the SAME DAY!

After all of the frustration and waiting and desperation of the previous week, the speed of Apple's response is nothing short of breathtaking.

All three eoz games are now live in the App Store.

I slump in my chair, relieved, but spent from the entire experience.

I need a vacation.

I hear Mexico is nice.