Episode 8 (Finale) - Developer Diary: Locked Up For The Holidays 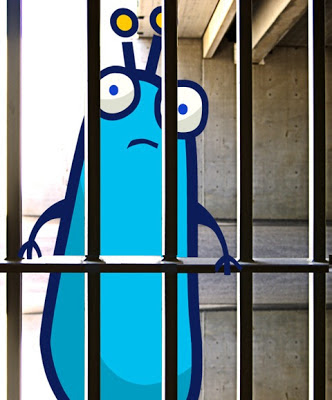 Well, I’ve finally received medical clearance to leave the infirmary, where I spent most of the Holidays, so I’m free to join you in the year 2013.

Funny thing happened on the way to the New Year, all that talk about the App Store lockdown - like the Mayan Apocalypse...it never happened.

As iOS developers we’ve been trained to overreact and plan for the worst. So when Apple says iTunes Connect is shutting down for the Holidays, we assume that means a total freeze as in years past:

No new apps or updates, no price changes, no app description changes and no app rankings.

From what I saw from my sickbed, some new fish arrived during the lockdown, in the form of new apps and updates and there was virtually no change to app rankings data except for a small blip on December 29th. Otherwise, the charts showed regular app movement through the Holidays.

I never tried logging in to iTunes Connect to see if I could make any app description or price changes.

So there may have been a partial closure but it certainly wasn’t the slamming door and throwing away of the the key we were expecting.

So how did our apps do over the Holidays?

But our best paid sales days came on Dec 27th and 28th, driving our overall app sales profit up 45% in the period Dec 21 to December 28th. 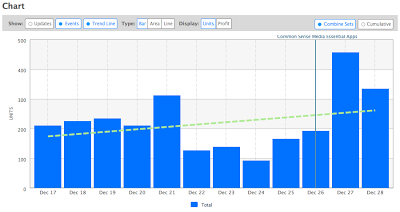 Marble Math and Marble Math Junior both jumped into the Top 100 Paid Education iPad Apps in the same period.

Now it would be nice to draw a straight line between the release of Marble Math Multiplication and the success of our two paid Marble Math apps, and it’s clear the free Lite version has helped, but we also had a very favorable media splash right around Christmas that obviously gave us a boost.

Respected independent kids media nonprofit, Common Sense Media, featured both paid Marble Math apps in their “Essential Apps for Kids and Teens” buying guide. It’s a quick, easy read and worth a look. And it’s the kind of thing you can’t plan for, just the result of good, hard work.

So, overall, Santa was pretty kind to us.

Now it’s time to start working on this year...