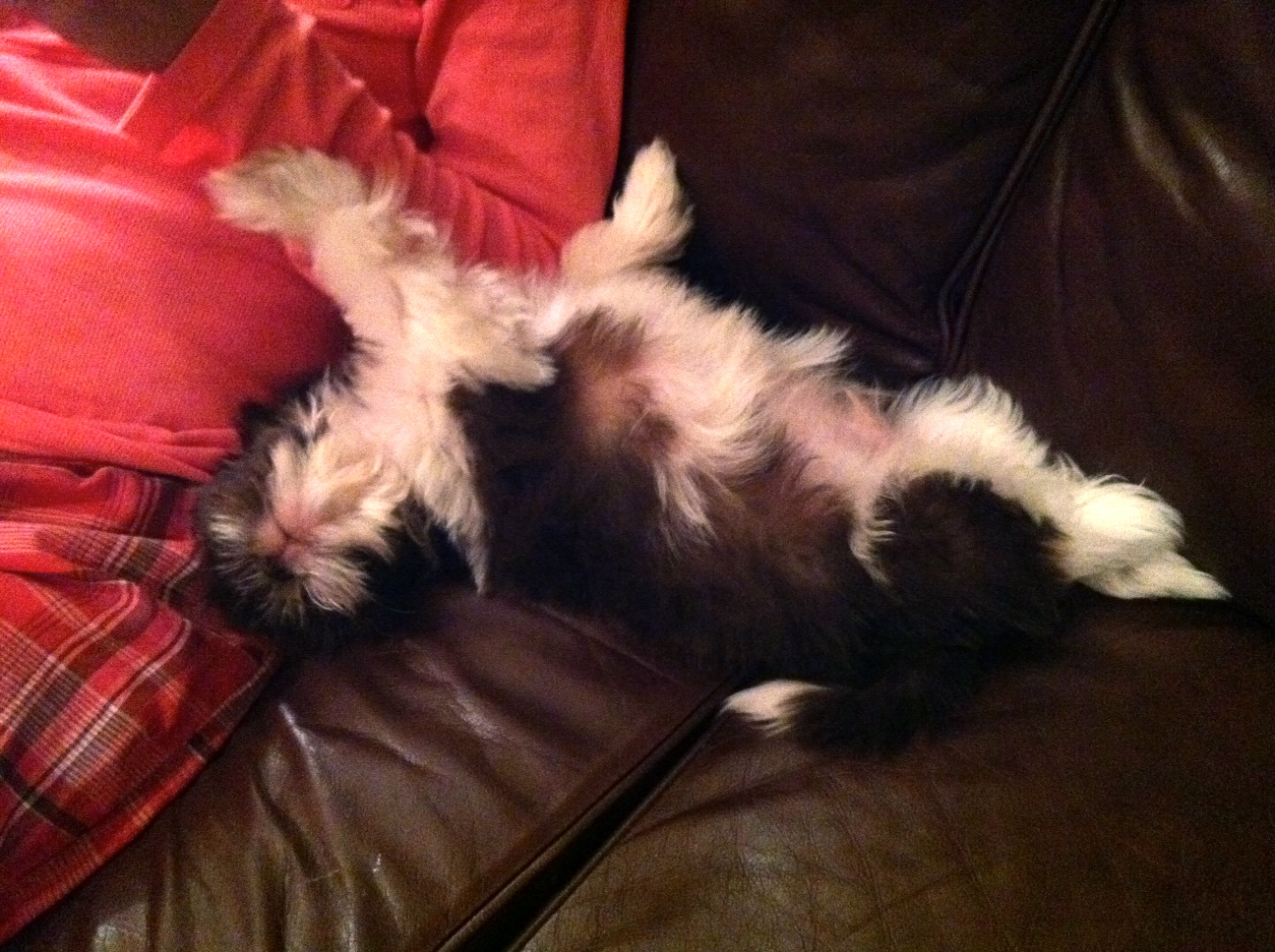 See that furry little guy?Yes, he’s as soft as he looks.He even smells cute.His name is Rocky and he’s the newest member of my family.

I got Rocky to help manage the debilitating effects of Post New and Noteworthy Stress Disorder, or PNNSD.And if you’re going to do business as a developer in the App Store, you better go out and get your puppy now - because you’re going to need it.As the saying goes, what goes up must come down and I can tell you a soft furry pillow helps to cushion the fall.

The last six weeks have been an app roller coaster ride for us.

Being featured by Apple in the Education category is like being rousted from bed by a team of personal assistants who dress you, throw you in a limo and rush you to a black tie party where you rub elbows with Dora the Explorer and Cookie Monster - oh, and those Toca Boca guys (maybe you’ve heard of them).

And then you’re getting featured by the likes of The Washington Post and wired.com and people just can’t seem to get enough of you.

Each app was featured for a full four weeks in the US iPad App Store which is where our primary market shops.That’s another thing, exactly where you appear in the App Store and on what device, is really important.

Marble Math is still featured in the App Store at this very moment.Apple even gave it a special small banner.Try and find it.Go ahead - I’ll wait... 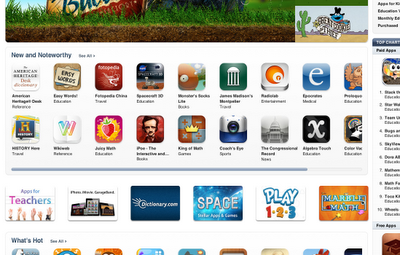 There it is, the orange banner in the bottom right corner.Nobody will ever see that banner unless they are looking for iPhone apps on a desktop machine.In other words, you, me and Apple are the only people who will ever know that banner ever existed.

On an iPad, there are 24 Featured New and Noteworthy apps at a time, with six on a page. When you’re first featured, you get the prime page one real estate at the top of the list.But with each passing week, our apps moved a page in, requiring a swipe to get discovered.And not surprisingly, each swipe a user has to make to find you puts a dent in sales.Apple updates the App Store every Thursday around 4pm EST, so that’s when you either get your big break - or get broken.

And that’s the magic phrase of the day, “App Discovery.”And the only sure way for an indie developer to get discovered is for Apple to give you a lift.

So, you ask, what is life like since our apps fell off the charts?

Well, we’re doing the same things we always do.

We’re improving and updating our apps.

And we’re developing a new app.

We’re doing all of these things in the hope that Apple will throw us another bone when we launch our Back to School promotions next month.

And if they don’t - well, I’ve got a little furry guy waiting at home who could care less what happens in the App Store.