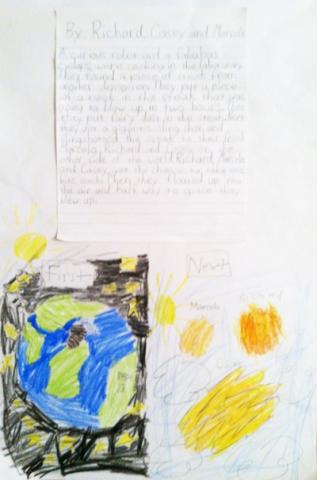 A curious robot and a fabulous cyclops were cooking in the laboratory. They found a piece of steak from another dimension. They put a piece of a nook in the steak that was going to blow up in two hours. Then they put fairy dust in the  steak. Next they got a gigantic slingshot and slingshotted the steak to their friends Marcelo, Richard, and Casey on the other side of the world. Richard, Marcelo, and Casey got the chance to take one bite each. Then they floated up into the air and halfway to space they blew up.